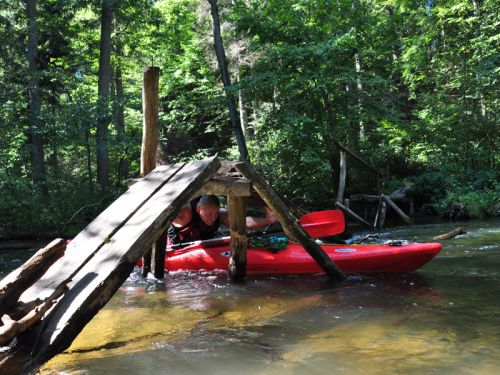 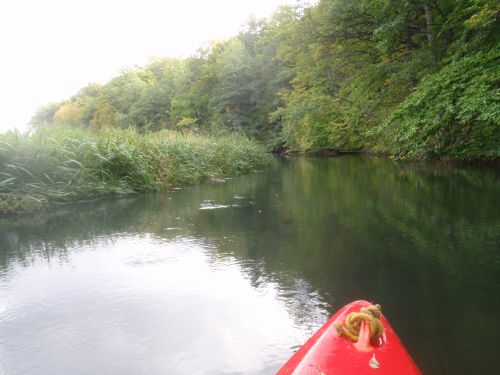 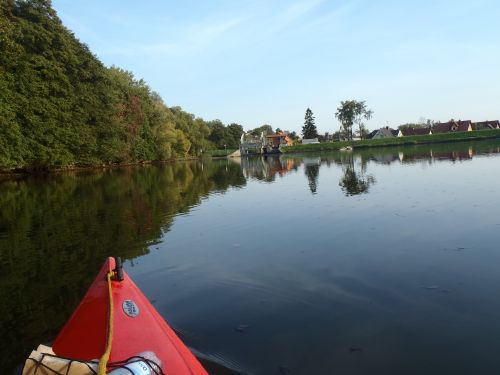 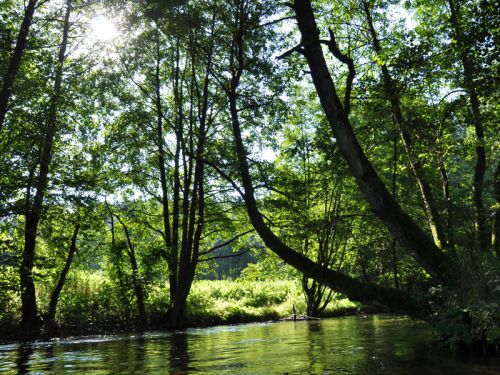 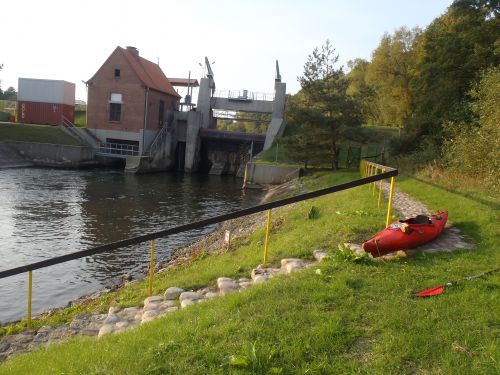 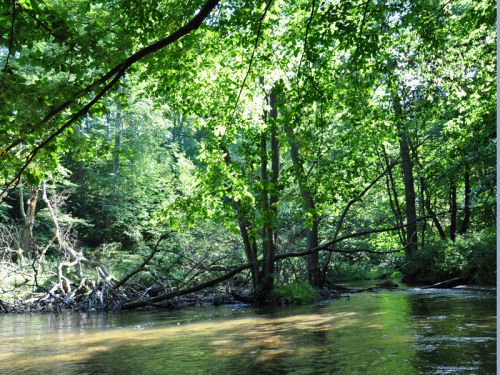 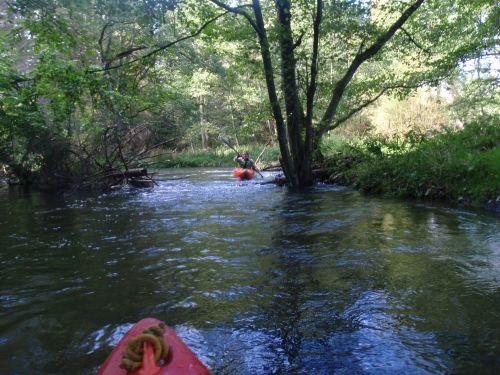 Radunia is situated in Pomeranian voivodeship and is a left tributary of Motława. Catchment area is 837 square km. The river originates just above Lake Stężyckie and finishes its route in Gdansk flowing into Motława in two places. Kashubian Switzerland is a holiday spot for the Tri-City, that is why the local rivers are quite crowded - even Radunia, although it is not as famous as Krutynia it can get busy sometimes. During the great canoeing route "Following Remus" you can meet even a few hundred kayaks here! So it is not a river for lonely water travelers, but for nature lovers and holiday fun seekers.

The upper section of the route is easy, with a small number of situations in which you have to carry the kayak. It mainly involves kayaking on the lakes, ideal for a beginner kayakers. For a change,  the middle section has a variety of characteristics of a mountain river but is not available for canoeing (Reserve Jar Raduni section  Trątkownica Rutki).

Żukowo is the beginning of the most rarely visited part – perfect for enthusiasts of nuisance connected to carrying the kayak. The upper section offers well-developed banks of Radunia you will find numerous campsites, resorts and farmhouses here. And again, for a change, the middle section is protected as a nature reserve with a total ban on camping. In the lower part the infrastructure is poorly developed due to low tourist traffic.

DESCRIPTION OF THE ROUTE:

This boisterous and busy river is ideal for people looking for recreation on water, adventure and sports experience. Its volatility makes different sections of this attractive route suitable for people with varying degrees of experience in canoeing. It is the ideal kayak route for team building. The entire trail of Radunia is divided into three parts with radically different character.

The first part is a set of lakes connected by short flows, which together with several other basins form the so-called Raduńskie Ring which has  a shape of the necklace from the bird’s perspective. Radunia is the axis of the area, creating beautiful string of glacial valley system by combining the lakes and small streams. There are over 25 water reservoirs of various sizes, entirely located within the area Kashubian Landscape Park, almost all of which are suitable for water sports and kayaking. The whole ring can be circumnavigated basically without leaving the kayak from Stężyca through Borucino, Chmielno up till Lake Lubowisko situated  in close proximity to Stężyca. Depending on which direction you choose and place where you start kayaking on the connections between the lakes you  will once move with and other times against the current. The narrow river sections will cost some energy and strength. A hydrological interesting fact is that from the uppermost area of the Kashubian Lake District, water streams down in all directions: Reda and Leba go north, from east Radunia to Motława, Wierzyca and Wda to the Vistula River - south, to Słupi and Łupawa - west, resulting in many aquatic routes. You need two days to complete the ring - the beginning of trip usually takes place in Stężyca, where it is easily accessible by public transport and very good accommodation, and ends in Ostrzyce. Most villages located in the area actively cultivates Kashubian tradition. Raduńskie Ring is ideal for canoeing and family trips as it is not particularly bothersome and the views are spectacular.

The second part constitutes a crucial part of the river - Radunia  running out from the Lake Ostrzyckie already turns into an independent river. First it creates numerous meanders, in a deep, beautiful valley Radunia to continue below Wyczechowa, north from Szymbarskie Hills and Somonina, reaches the picturesque gorge which  is often called "Babidolski breakthrough", "breakthrough of Radunia" or "Jar Radunia". Unfortunately, this part is not available for canoeists. You should carry the kayaks from Trątkownica to Rutki. This section Bblongs to Jar Raduni Reserve. This whole passage of the river is protected as a nature reserve and camping here is not allowed. Border town of Radunia is Rutki.

The third part of the route is much less attractive compared to the previous two, which makes most of the trips end in Żuków. Radunia is increasingly regulated and flows through the artificial barrier lakes: Łapińskie, Kolbudy, Goszyn and Straszyńskie, thanks to 8 turbines of hydroelectric power station. Long episodes of carrying the kayaks make the route  arduous and the river in this section is less clear. Before Pruszcz Gdansk Radunia splits and most of the water begins to flow through so-called New Radunia. It is the oldest Polish  canal built by the Teutonic Knights in the fourteenth century. Old Radunia  runs to Motława, and further to the center of old Gdansk. For this stage you need up to three days, but it really a stage for the very hardy ones. Aesthetic experiences are quite vain - the monotony of the landscape and numerous episodes of carrying the kayak will make you feel that.