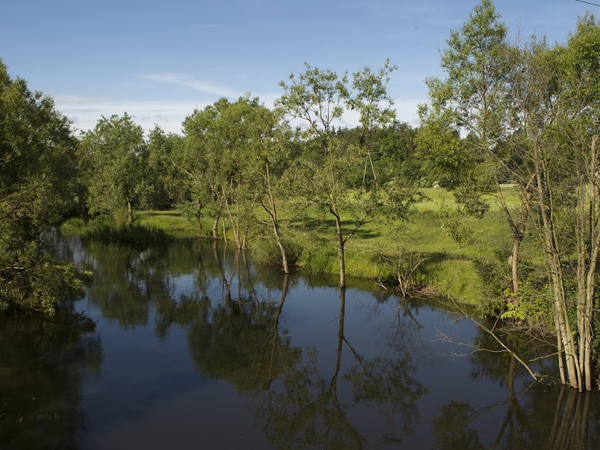 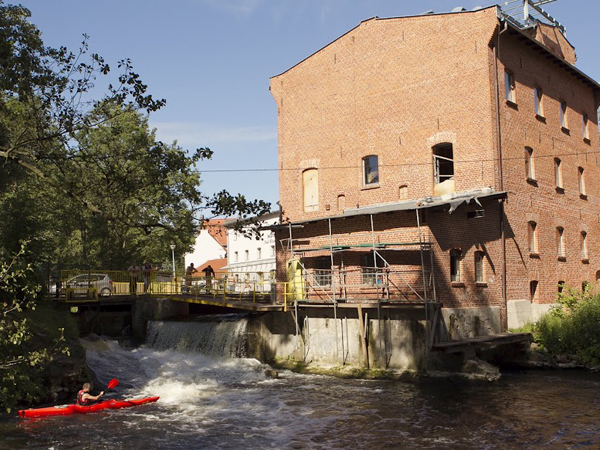 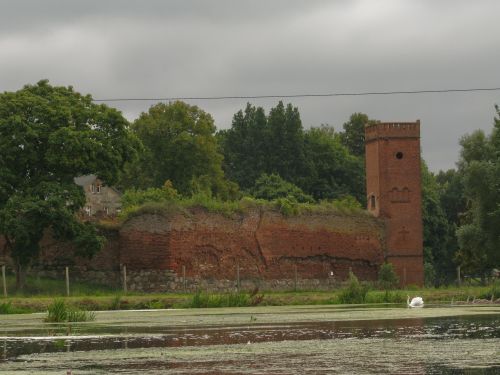 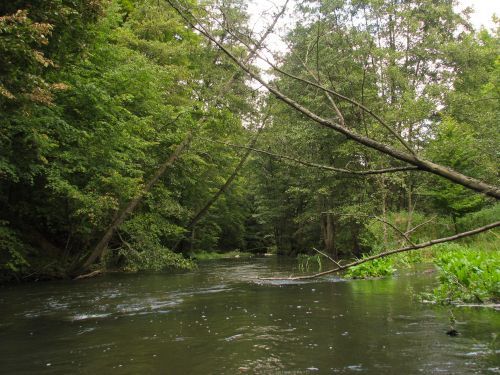 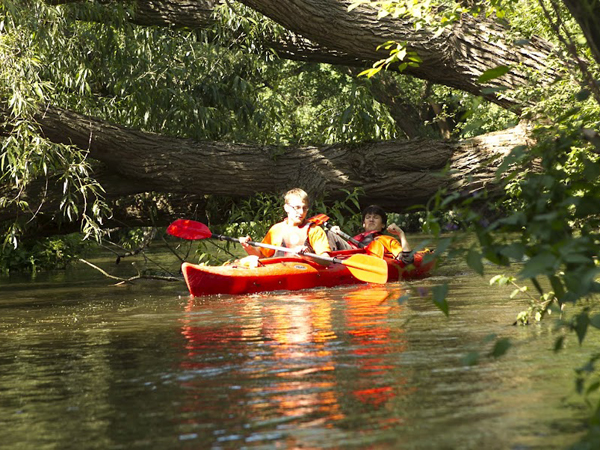 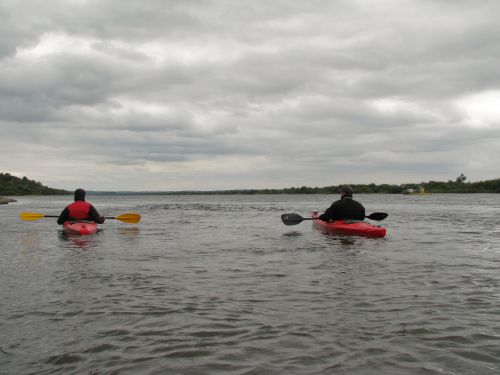 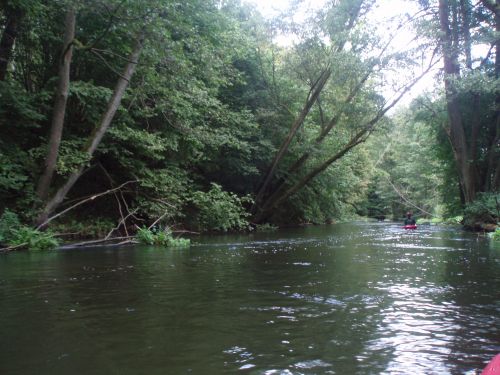 Wierzyca is the left tributary of Vistula River. It originates in Pomeranian Lake District in the area of Szymbarskie Hills at the foothills of Zamkowa Góra (Castle Mountain) at the altitude of  223 m above the sea level. It flows into Vistula River in Gniew. 70%  of Wierzyca runs through Kociewie. The river meanders intensively and changes its course many times. Wierzyca reminds mountain rivers with its character.

The most beautiful section of Wierzyca is the section in the south of Pogódki, partially covered with forests area from the estuary of Wietcisa (near Czarnocin) to Starogard Gdański as well as some parts outside this city.

Up till reaching Wietcisa (region of Czarnocin) Wierzyca has high banks covered with reed and thus inaccessible. It is deep at places. However, the section leading to Starogard Gdański is not troublesome. Starting in Starogard the river begins to speed up and banks are overgrown by osiers, in most cases possible to swim through. The river will make you carry the kayaks quite often mainly because of hydroelectric power stations and low footbridges. Wierzyca is a river with fast current and significant decrease. If you take into consideration bent trees and stones hidden under water as well, you will realize why this route is not the easiest one.  You shouldn’t expect any informative signs as well as any traces left by previous visitors (routes, traces of passing through the reed etc)

We honestly recommend Wierzyca to those who will enjoy these obstacles.

Surprising as it is, this river had been removed from lists of kayak routes for years so tourist industry is poorly developed here – there are not many marinas and additionally not many places for wild camping. Each night has to be planned early enough and you ought to start looking for a good place long before it gets dark. Yes, if you choose Wierzyca expect Spartan accommodation. That is why we recommend this river for summer months when the temperature at night and the temperature of water are more inviting. Virgin nature and silence will surely compensate you all inconveniences.

The best place to start canoeing is Lake Wierzysko near  Kościerzyna. The route up till Wietcisa is quite fast and meandering. On your way you will pass an interesting village of  Pogódka. If you have time, it is worth devoting one day to canoe down Wietcisa, which is left and the longest tributary of Wierzyca (47km). However, such an option requires additional transport.

The section leading to Starogard Gdański is a meandering one and in the basin you can come across a great  number of stones! You will also have to carry the kayaks and face the obstacles in the form of low footbridges and branches sticking out from the water.

The section leading to Peplin is the most picturesque. Diabelski Kamień (Devil’s Stone) situated in the water deserves special attention – it has a perimeter of 8 m! It is also worth devoting one day to visiting Peplin.

Then the route leads us to Gniew where Wierzyca joins Vistula River. It is worth canoeing till the end to admire the beautiful panorama of the castle in Gniew from the Vistula’s side – it looks really splendid. You should also visit Gniew known as Kazimierz of the north. This city offers medieval street formation as well as beautiful Gothic Teutonic Order castle. Gniew is also famous for its extremely active knights brotherhood (you can see the show).  If you visit Gniew in July you may be lucky enough to take part in knight’s tournament with international recognition.

Wierzyca is not a frequently visited river. The trip will have a pioneer character and mountain regime offers fascinating experiences and raises the level of adrenaline. Silence and peace as well as great number of historic monuments will  allow you to spend a very pleasant holiday here.

We recommend Wierzyca route to kayakers who expect silence and peaceful atmosphere and enjoy non-organized camping in the wild far away from civilization.