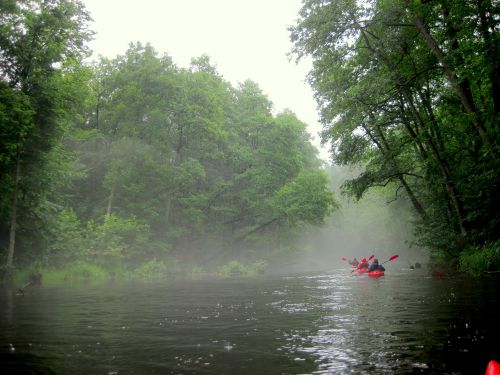 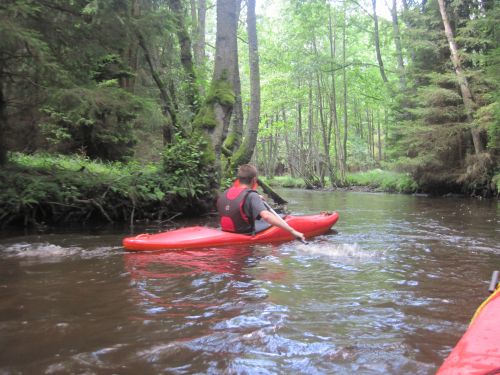 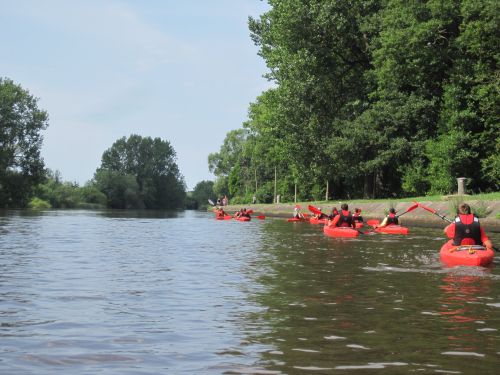 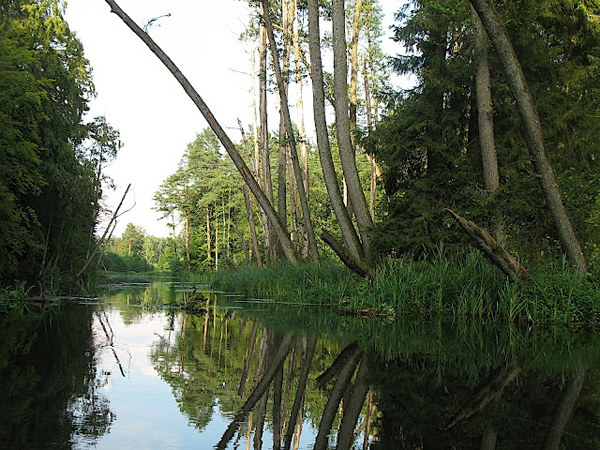 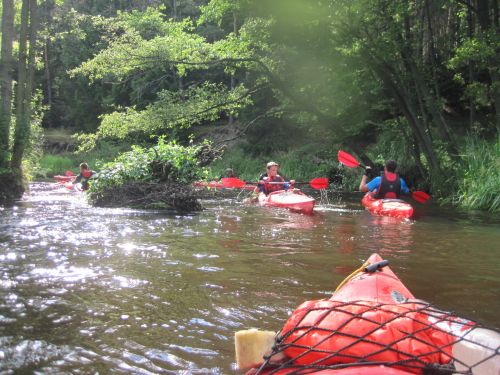 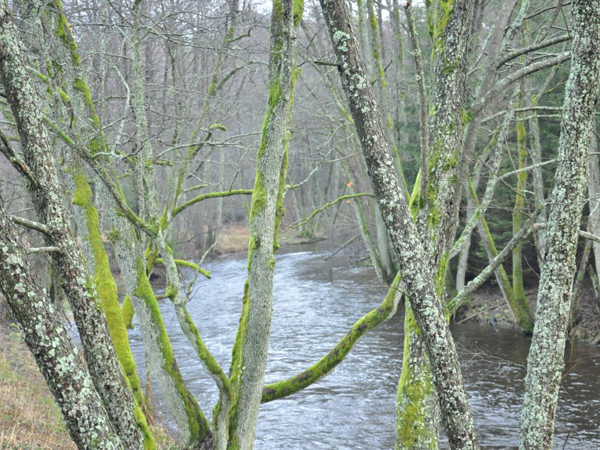 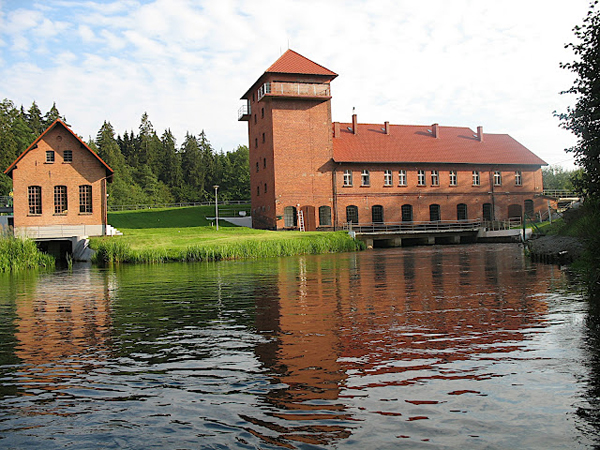 Wieprza route is quite difficult and troublesome in the upper and middle section. You will come across many bent trees here; it is necessary to carry the kayaks near hydroelectric power stations and water mills. In case of these sections Wieprza is not a river for beginners unless they are accompanied by more experienced canoeists. Only after Korzybia Wieprza becomes an easier route and is accessible even for mass kayak trips. Wieprza is suitable for kayaking all year around; it is possible to organize winter kayak trips as well.

Tourist infrastructure will not take your breath away but it is constantly developing. There are two organized places for camping in Broczyna and Kawka, that is in the upper and middle section. Most campsites are not organized which doubtlessly constitutes the attraction of this river, although it requires proper preparation. Wieprza runs through Sławno, but do not expect much as it is not a canoeists-friendly town.

DESCRIPTION OF THE WIEPRZA ROUTE:

We suggest two places where you can start the route comfortably. First one is situated in the town of Trzebielino by the road bridge in Glewnik. It runs along the right tributary of Wieprza, Pokrzywna River, which makes the trip last one day longer (about 14 km). Pokrzywna runs fast and you do not have to paddle much, one can surrender to its current and observe the beauty of the nature around us. Pokrzywna joins Wieprzą at a small meadow. Then, after about 5 km you should make a first stop in Broczyna.

In Broczyna, by the road bridge there is the second point where we can start our adventure with Wieprza – Carpark Mnich (Monk). From here there are  93 km and 4 days of canoeing before you reach estuary.

At the beginning Wieprza runs through beautiful dediduous forests and later takes your breath away due to of spruces growing out of the moors and from blueberries fields. The landscape and smell of this area is incredible. Carefree trip is unfortunately disrupted by the first necessity of carrying the canoe in a small village Biesowiczki where we have to omit the hydroelectric power station on foot. After only 3 km we have to carry the equipment again in a village Kępka – another hydropower station to omit on foot.

Following 3 km will lead you to village Kępice – another hydroelectric power station and carrying the kayaks again, however for a longer distance this time - 500 m. As you know dragging the kayaks with equipment inside is troublesome so the best option is to use the organized transport of kayaks provided by the locals. We can also look for a place to stay in Kępice. The next day you will reach Sławno – the best option is to organize accommodation outside the town.

Wieprza runs with Sławno on the right, however there is a mill channel leading to the center which runs through a beautifully developed park. Channel joins the main current outside the town – first and second arm are available for canoeing but if you choose the town channel watch out for water threshold near the old mill. It is better to float the kayaks without equipment.

The most beautiful part of the route starts near the village. Wieprza is winding here, becomes narrow and speeds up. As it flows into Darłowo the river diverges. Choose the right arm and make a decision – either you finish the route or continue up to the sea.

Remember that after carrying the kayaks to the port channel you have to call port authority to get the permission to get into the port and enter the sea – as you reach the port you can go right or left, ending the route on the beach in Darłówko.

As you see Wiperza seems inconspicious and scares people off with carrying kayaks but it is worth getting to know this river – some of you will come back here fast.